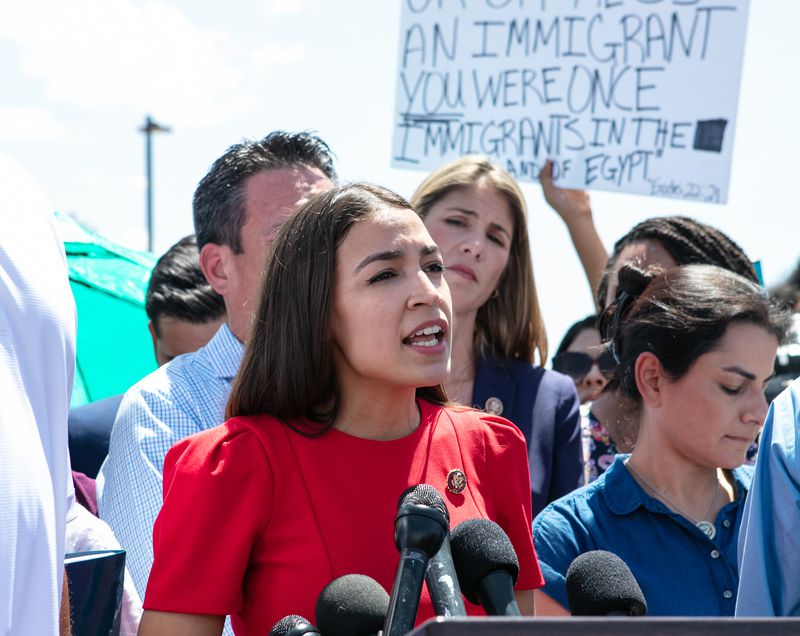 Rep. Alexandria Ocasio-Cortez said migrant women held in a Customs and Border Protection facility were told to drink water out of toilets, but an agent has directly refuted the allegation and she has yet to clarify if she actually saw such an action occur.

“Officers were keeping women in cells w/ no water & had told them to drink out of the toilets. This was them on their GOOD behavior in front of members of Congress,” Ocasio-Cortez tweeted Monday after visiting her first CBP detention center that day. It was her first accusation that women in the Texas facility were being explicitly told by agents to drink water from toilets.

Ocasio-Cortez later spoke to reporters outside the facility, and her comments suggested she personally saw women drinking out of a toilet.

“These women were being told by CBP officers to drink out of the toilet. They were drinking water out of the toilet, and that was them knowing a congressional visit was coming. This is CBP on their best behavior,” the New York Democrat stated Monday. However, she did not provide an answer when a reporter asked if she personally witnessed this.