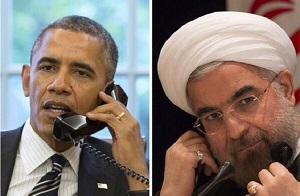 Just hours after the announcement of what the United States characterized as a historic agreement with Iran over its nuclear program, the country’s leading negotiator lashed out at the Obama administration for lying about the details of a tentative framework.

Iranian Foreign Minister Javad Zarif accused the Obama administration of misleading the American people and Congress in a fact sheet it released following the culmination of negotiations with the Islamic Republic.

Zarif bragged in an earlier press conference with reporters that the United States had tentatively agreed to let it continue the enrichment of uranium, the key component in a nuclear bomb, as well as key nuclear research.

Zarif additionally said Iran would have all sanctions lifted once a final deal is signed and that the country would not be forced to shut down any of its currently operating nuclear installations.