Iranian vessel removed unexploded mine from stricken oil tanker in Gulf of Oman, US officials say 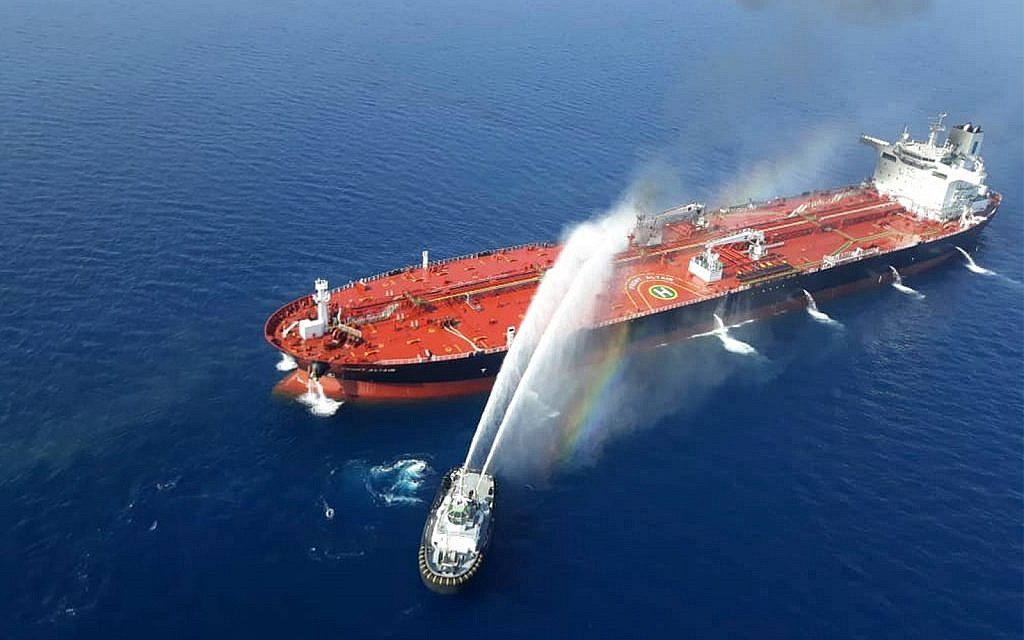 An Iranian vessel removed an unexploded mine that had been attached to a Japanese-owned oil tanker which suffered serious damage after an explosion in the Gulf of Oman early Thursday, U.S. officials told Fox News, as the U.S. Navy released video purportedly showing the incident.

The imagery came from the USS Bainbridge, a guided-missile destroyer which rescued 21 sailors from the stricken tanker.

At least one other mine attached to tanker’s hull detonated, causing the blast. It happened near the strategic Strait of Hormuz, a key route for oil shipments in the region.

A U.S. official told Fox News an Iranian gunboat approached the Kokuka Courageous later in the day and removed the unexploded triangular-shaped limpet mine, the same type of mine used to damage four other tankers in the Gulf of Oman last month.