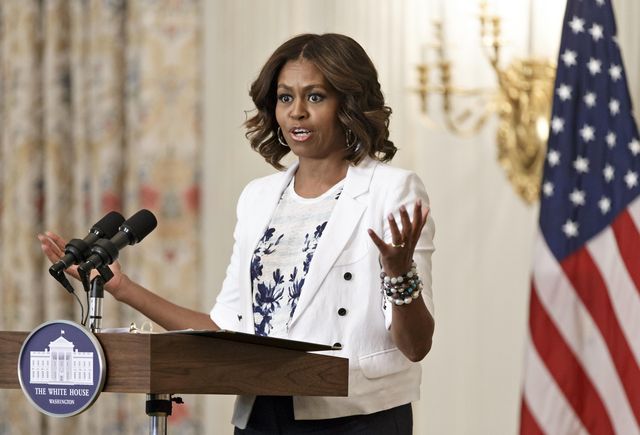 First lady Michelle Obama on Thursday night urged Democrats to “dig deep” into their pockets and “write a big fat check” before the midterm elections, but minutes later complained of too much money in politics.

Speaking at a party fundraiser in Chicago, Mrs. Obama said Democrats must triumph in the November contests if President Obama is to make progress on his agenda during the final two years of his term.

“So, yeah, there’s too much money in politics. There’s special interests that have too much influence. But they had all that money and all that influence back in 2008 and 2012 and we still won those elections,” she said.