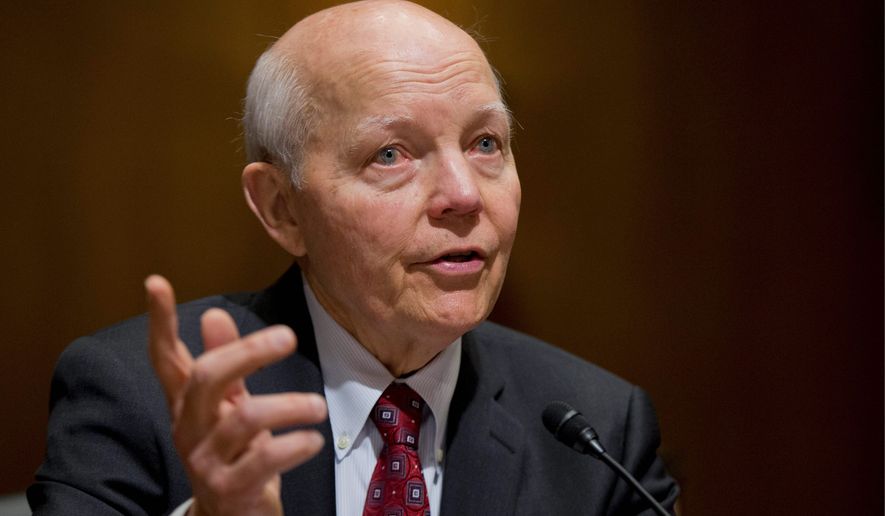 The IRS is still holding up three tea party groups’ applications, Commissioner John Koskinen admitted in a letter to Congress last week — but he insisted he agents are finally about to begin processing them.

Mr. Koskinen is hoping to head off yet another judicial spanking for his agency, which has suffered a string of defeats in federal courts that ruled he is still improperly targeting conservative groups and mistreating them more than three years after the tax agency admitted to its bad behavior.

Not only are three groups still awaiting approval, but the IRS had left open the possibility of kick-starting the use of its targeting, or “be on lookout” (BOLO), lists that the agency used to figure out who it was subjecting to intrusive scrutiny.

Now, Mr. Koskinen is finally moving to shut the operation down for good.

“There should be no doubt that the use of BOLO lists has not just been temporarily suspended, it has been eliminated,” he said in letters to key committees on Capitol Hill. 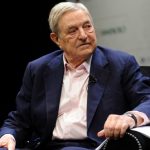 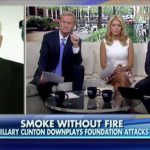 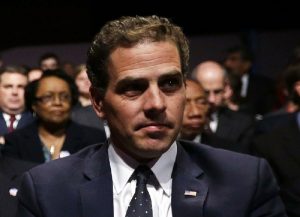 The IRS Placed Lien On Hunter Biden For About $113,000 In Unpaid Taxes From Year He Served On Burisma Board 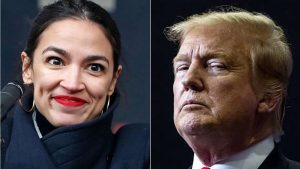 AOC reminds Trump in tweet about tax return request: ‘We didn’t ask you’ 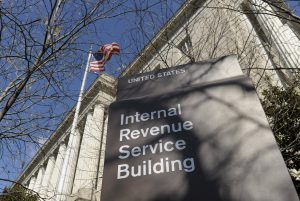 The IRS is recalling 46,000 workers to handle tax returns

That T-party bunch got what they deserve for shutting down this country and threatening several times to do it again.

What the fuck are you talking about Forrest? I was following you to show you the truth. I am now un-following you. You are a lost soul who has sold your soul to the Devil via the Democrat party. Trump has said his followers would vote for him if he shot someone. You and other Hillary zombies will vote for her knowing that Hillary is responsible for dozens of deaths. Five of those deaths happened this year. You are pathetic and hopeless. I was nice calling you Forrest. You make Forrest Gump look like Einstein.

The IRS/FBI/DOJ/A G Lynch are ALL leftist political tools.

Congress is complicit by permitting it for 7-1/2 years.

What the hell is taking that Goon so long? That process should have started the day it was exposed as Criminal act and why is that Leprechaun still employed & Free ?? Why is Lois Lerner still Free??? These Criminal Politicians are the Untouchables. France had an answer the Guillotine !

The IRS needs to be audited. Many of their employees need to be fired and have their pensions revoked. These people have discriminated against people based on their political ideology.

DEFUND.. Demise.. Eliminate the IRS and FLUSH MOST of those lying Employees down the TOILET!

I want ALL of this, too, but mainly I want the IRS disbanded! We no longer ‘NEED’ this dinosaur-like department in this country! What we do need is a simple sales tax, a FAIR tax where everyone pays according to his/her ability! SInce the very wealthy SPEND more they will pay more. The current system is just costing us all FAR too much time and money!

With all the negative attention and lawsuits involved, it’s good there’s light at the end of the tunnel, meaning doing what IRS is supposed to do at last. I can appreciate, however, the extra care or time taken by officials to get it ‘right’ and avoid more scrutiny by congress and citizens let alone impending tax exempts. Let’s hear more about the rejiggering of procedures since the ‘permissible’ wording of tax exempts allowed to politick was discovered and changed. No tax exempt should be involved in any political activity. Let’s hear more about the IRS division in Cincinnati assigned to deal with tax exempts. Let’s hear about those current tax exempts who ARE engaging in political activity against the law. How are they to be rolled back or status cancelled. There’s a lot here to resolve.

Didn’t William Benson of South Holland, Illinois, physically prove that the 16th Amendment was never ratified. Isn’t that why a corrupt Chicago judge silenced him with a gag order on this. The corrupt legal system works hand in hand with all the other corrupt factions that seek to undermine this country. Lawyers have their price too in order to get the desired result. Ask O.J.

To illustrate how the IRS persecuted the administration’s political enemies ….. ” As Eliana Johnson of the National Review reported this week, Lerner transmitted some 1.25 million pages of tax returns of mostly Tea Party and conservative groups to the Justice Department in October 2010. In Johnson’s words, this was “likely the largest unauthorized disclosure of tax-return information in history.”

I want this guy in front of a Grand Jury as soon as Trump takes office.

Yes and the Grand Jury should subpoena Lois Lerner too ! She thinks she got off scot-free .

hear , hear, then put him in front of Grand Jury, with a little luck, when he sees he is going to jail he will drop a dime on the inept lying outlaw in the white house.

That we knew, Michelle has been carrying his testicles around for years

IF he ever had ANY she must have put them in an Embalming JAR…….OR may be NOT!

RIGHT ON ALONG WITH THE CLINTONS MACHINE THIS WAS A MOM PA,AND DAUGHER SCEEMING