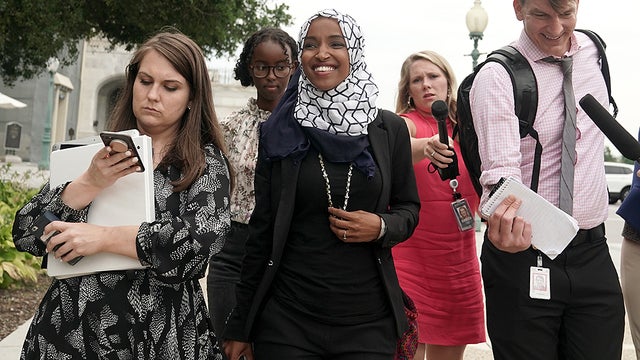 The House is slated to pass legislation Tuesday to oppose the global boycott movement against Israel, a vote that will put a spotlight both on Democratic divisions and Rep. Ilhan Omar (D-Minn.).

Most Democrats in the House oppose the boycott, divestment and sanctions (BDS) movement, an international campaign meant to exert pressure on Israel over treatment of the Palestinians. Critics say it would isolate and harm Israel, which retains strong support in Congress from both parties.

But the BDS movement has support in Congress from some progressives, including Omar, who has offered her own resolution affirming the rights of Americans to participate in boycotts meant to promote human rights either in the United States or other countries.

Omar has cited boycotts of Nazi Germany and Apartheid-era South Africa in making the case for her resolution — comparisons that have drawn the ire of Israel’s supporters.