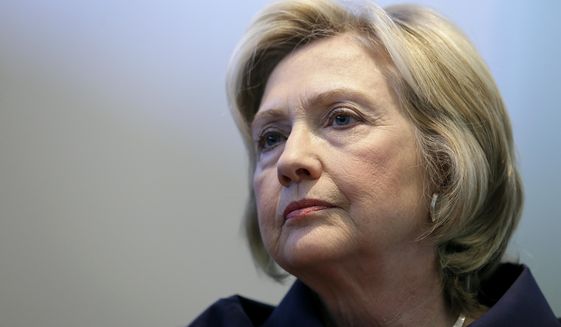 Hillary Clinton says no email apology: ‘What I did was allowed’

CEDAR RAPIDS, Iowa — Hillary Rodham Clinton said Monday she does not need to apologize for using a private email account and server while at the State Department because “what I did was allowed.”

In an interview with The Associated Press during a Labor Day campaign swing through Iowa, the front-runner for the Democratic presidential nomination also said the lingering questions about her email practices while serving as President Barack Obama’s first secretary of state have not damaged her campaign.

“Not at all. It’s a distraction, certainly,” Clinton said. “But it hasn’t in any way affected the plan for our campaign, the efforts we’re making to organize here in Iowa and elsewhere in the country. And I still feel very confident about the organization and the message that my campaign is putting out.”