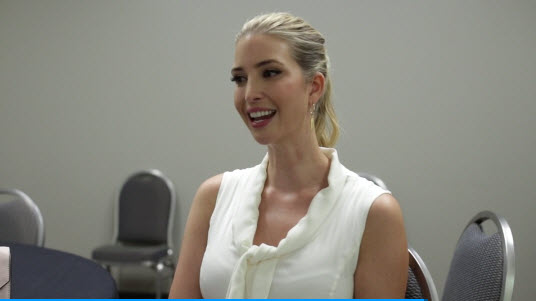 She may be the campaign whisperer in an often-blustery realm of Donald Trump.

Trump’s eldest daughter, Ivanka Trump, offered a full-throated but soft-spoken defense of her father’s sometimes-controversial candidacy in an interview following his speech Monday before the Detroit Economic Club.

“He raised me to be a strong woman and voice my opinion,” she told the Detroit Free Press. “I share with him when I agree and when I disagree.”

When asked whether she could provide some examples of where she and her father disagreed on policy or strategy, she demurred.

Her advice is provided “privately, because that’s the nature of our relationship,” she said. “But I’m very inspired by what he’s done.”