Jeb Bush: ‘Lose the primary to win the general without violating your principles’ 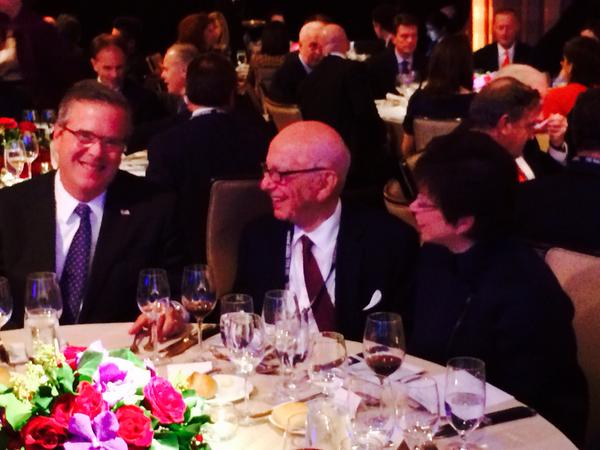 Former Florida Gov. Jeb Bush said he’ll make up his mind about a presidential run in 2016 “in short order” and that whether it’s him or someone else, a successful Republican has to make a pitch to a general election audience without violating his or her principles.

“I know — I kind of know how a Republican can win, whether it’s me or somebody else, and it has to be much more uplifting, much more positive, much more willing to, you know, to be practical now in Washington-world,” he said at the annual Wall Street Journal CEO Council. “Lose the primary to win the general without violating your principles — it’s not an easy task, to be honest.”