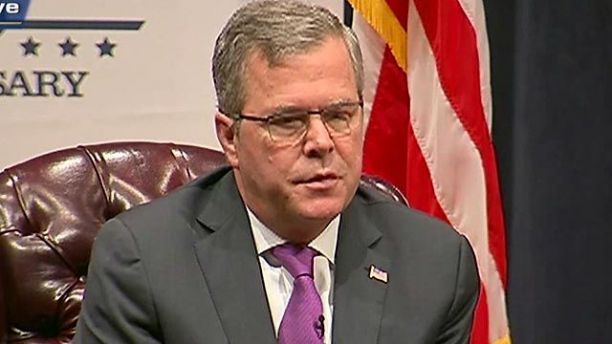 Former Florida governor Jeb Bush has said that he would make a decision on whether to run for the 2016 GOP presidential nomination before the end of this year and said that some immigrants who enter the United States illegally do so as an “act of love”for their families.

Bush made the remarks in an interview broadcast on “Fox News Sunday” while attending a celebration of the 25th anniversary of his father’s inauguration at George H.W. Bush’s presidential library in College Station, Texas.

Without ever officially entering the race, Bush has emerged as a tantalizing Republican candidate. The Washington Post reported last week that some prominent Republican party officials and donors had launched a campaign to draft him into the race as an alternate to scandal-hit New Jersey Gov. Chris Christie and libertarian-leaning Kentucky Sen. Rand Paul.

On Sunday, Bush said all the speculation about his candidacy is actually getting him more attention than if he had already entered the race.

Bush, who served two terms as Florida governor between 1999 and 2007, described the state of politics as “crazy right now,” and added that one factor in his decision will be whether he can deliver an optimistic, hopeful message without getting drawn into a political “mud fight.” He says the other main factor in his decision will be whether it’s OK with his family if he ran.