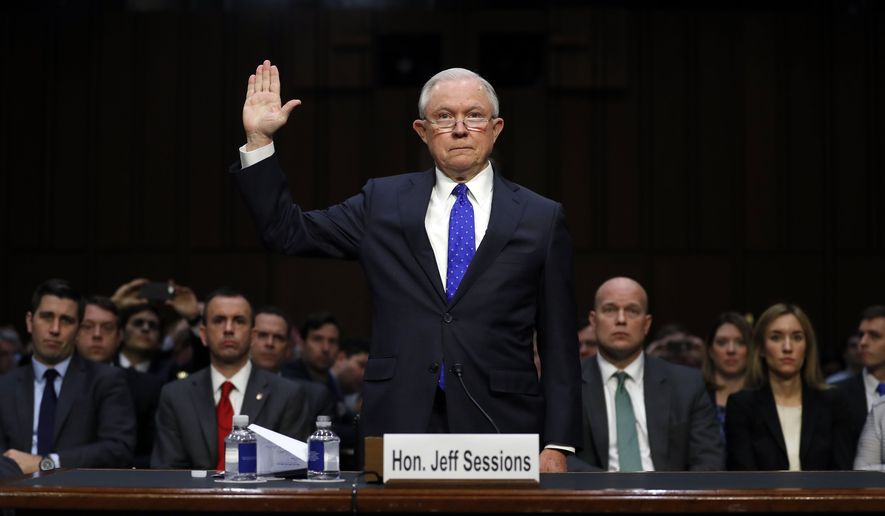 Attorney General Jeff Sessions said at the outset of his first congressional oversight hearing that he will “not be able” to discuss the content of his conversations with President Trump — a stance that appeared likely to derail lawmakers’ efforts to learn more about the firing of former FBI Director James B. Comey.

The attorney general demurred when asked at Wednesday’s Senate Judiciary Committee whether Mr. Trump shared the reason he wanted to fire Mr. Comey or if the president mentioned wanting to lift the veil of the ongoing investigation into Russian interference.

“That calls for a communication with the president that I believe remains confidential,” Mr. Sessions said,

Mr. Sessions referred lawmakers back to the to letters sent by himself and his Deputy Attorney General Rod Rosenstein, which explained they both had doubts about Mr. Comey’s ability to lead the department as a result of his handling of the Hillary Clinton email server investigation.