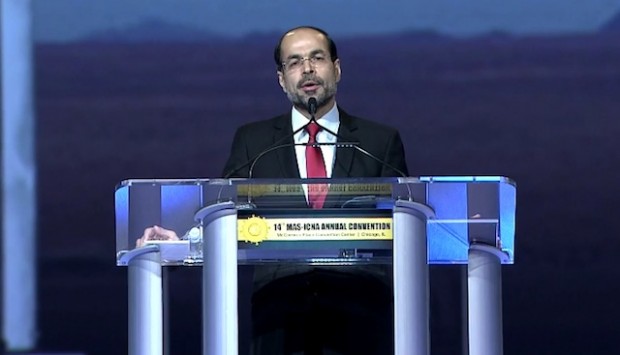 The head of the Council on American-Islamic Relations said that Muslims could comprise the swing vote in the presidential elections if 1 million of them register to vote, as he urged them to turn mosques into polling stations this November.

“I believe we have at least 1 million Muslim eligible voters in this country. We have to register every single Muslim to vote in 2016. The Muslim vote can be the swing vote in major states,” CAIR Executive Director Nihad Awad said at the Muslim American Society (MAS) and Islamic Circle of North America (ICNA) annual conference in Chicago, according to video posted earlier this month.

Awad listed the battleground states, asking the audience members if any of them live in those states.