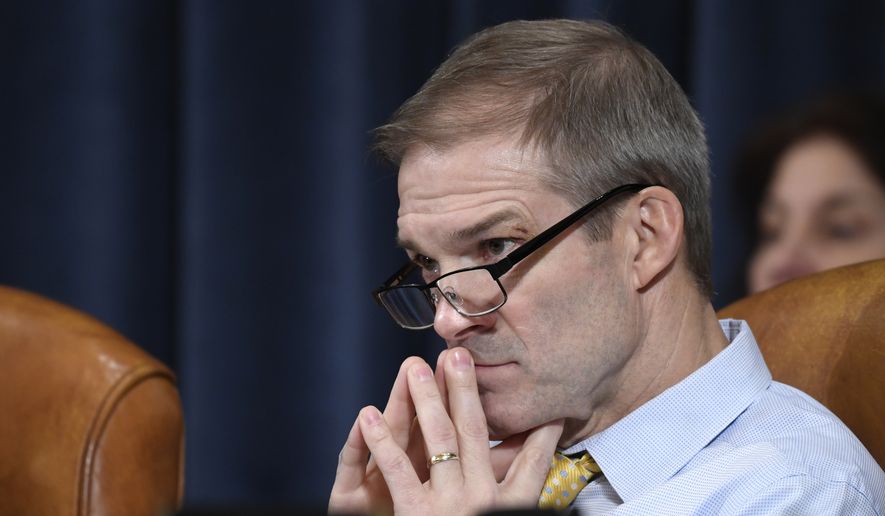 Rep. Jim Jordan tore into Ambassador to the European Union Gordon Sondland over his decision to not detail President Trump’s explicit no “quid pro quo” demand in a 23-page opening statement during Wednesday’s impeachment hearing.

The Ohio Republican suggested Mr. Sondland didn’t understand that a “quid pro quo” means “this for that” after the ambassador told lawmakers there was a quid pro quo between a White House meeting with Mr. Trump and Ukrainian President Volodymyr Zelensky in return for public announcements of corruption investigations into the 2016 election interference and a Ukrainian energy company linked to former Vice President Joseph R. Biden’s son Hunter.

“You said to the president of the United States, ‘What do you want from Ukraine?’ The president: ‘I want nothing. I want no quid pro quo. I want Zelensky to do the right thing,’ ” Mr. Jordan said.

“You can’t find time to put that in a 23-page opening statement?” he quizzed.