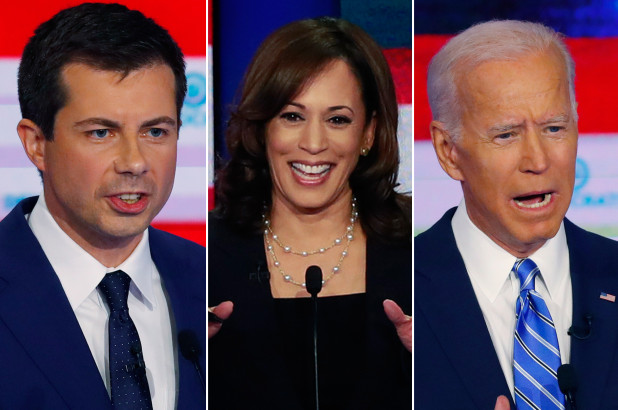 MIAMI — A swath of 2020 Democratic presidential candidates, with Kamala Harris leading the way, tore into a stunned Joe Biden with jabs at his nearly five decades in office and his record on race.

In what may well turn out to the biggest moment of the first two Democratic debates, the senator from California, 54, took the former vice president to task for opposing busing (designed to end racial segregation in schools) and declared that she had been a victim at age 6, saying “I was that little girl.”