Joe Biden: Illegal immigrants are ‘already American citizens’ to me 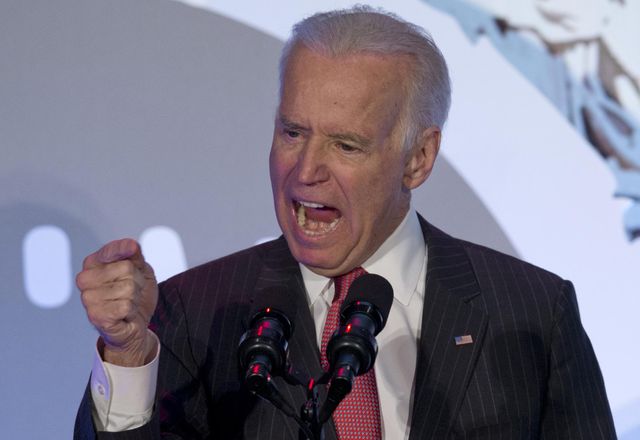 Vice President Joseph R. Biden — already known as a habitual blurter of the near-nonsensical and politically befuddling — may have one-upped himself this week with a somewhat shocking statement on illegal immigrants.

“You know, 11 million people live in the shadows. I believe they’re already American citizens,” Mr. Biden said during a Thursday address to the U.S. Hispanic Chamber of Commerce, The Hill reported. “These people are just waiting, waiting for a chance to contribute fully. And by that standard, 11 million undocumented aliens are already Americans, in my view.”

His statements come as Democrats in the House were this week steadily plodding forward with a bill to reform the nation’s immigration laws and open doors to amnesty.

House Minority Leader Nancy Pelosi said on Thursday to the same Hispanic Chamber of Commerce crowd that she wants a bill “desperately” and is ready to work some political trades.

“I want this bill desperately,” she said, The Hill reported. “I’m willing to make almost every compromise possible, but we cannot compromise on a pathway to citizenship. It cannot have a provision that prevents it from happening.”