Just 3 percent of projected Obamacare enrollees have signed up 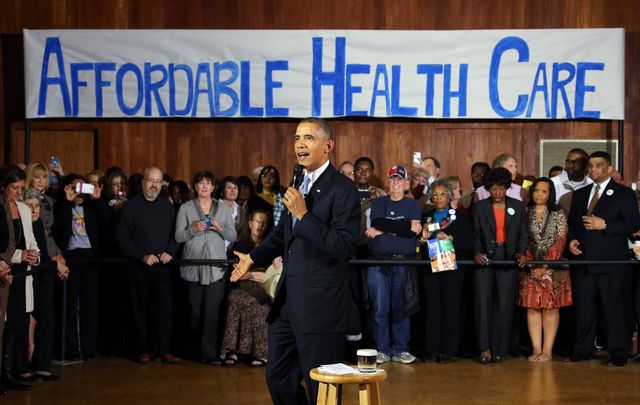 Just 3 percent of those expected to eventually sign up for Obamacare’s state-based health markets in a dozen states running their own markets have actually signed up so far, according to an analysis Monday from a health consultancy that predicted the pace will eventually pick up.

Avalere Health said that by the end of next year, the 12 states are expected to have 1.4 million enrollees in their health exchanges. As of Sunday, though, 49,100 had actually signed up.

“I would expect to see these numbers to grow over time. This happens gradually,” Avalere CEO Dan Mendelson said in an interview, citing the slow start to the Medicare drug benefit program during the George W. Bush administration.

The Congressional Budget Office projects that 7 million people would enroll in the health exchanges set up under the Affordable Care Act. Some states elected to set up their own exchanges, but most left the job to the federal government, whose website is supposed to help enroll potential customers but has been plagued by problems since its Oct. 1 launch.

Some states, meanwhile, have reported their own website problems.