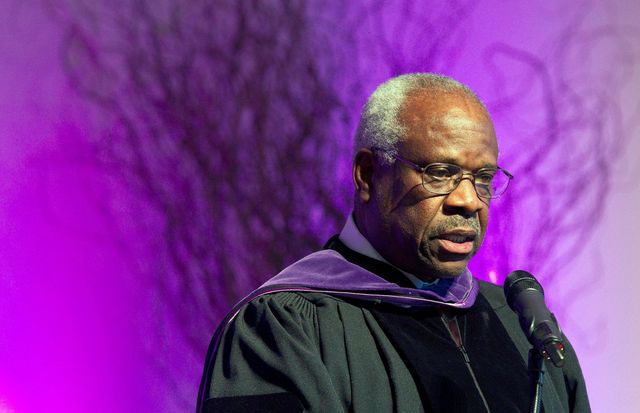 Supreme Court Justice Clarence Thomas, who was born and raised in Georgia at a time of high racial tension, said race relations are worse now than decades ago — and that he actually experienced more grief from elitists in the supposed anti-slavery North than in the South.

Justice Thomas made the remarks to a group of students at Palm Beach Atlantic University in West Palm Beach, Fla., the Daily Mail reported.

Justice Thomas spent part of his growing years in a state where racial segregation was still practiced, at a time when civil-rights activism was heating. Among his recollections of his childhood: Ku Klux Klan billboards along Southern roads and a mandate to “steer clear” of certain parts of Savannah, the Daily Mail reported.

“My sadness is that we are probably today more race and difference-conscious that I was in the 1960s when I went to school,” he said, the Daily Mail reported. “To my knowledge, I was the first black kid in Savannah, Georgia, to go to a white school. Rarely did the issue of race come up.”