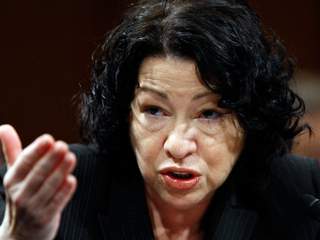 WASHINGTON — An attorney for Hobby Lobby Stores said Thursday that the arts and crafts chain plans to defy a federal mandate requiring it to offer employees health coverage that includes access to the morning-after pill, despite risking potential fines of up to $1.3 million per day.

Hobby Lobby and religious book-seller Mardel Inc., which are owned by the same conservative Christian family, are suing to block part of the federal health care law that requires employee health-care plans to provide insurance coverage for the morning-after pill and similar emergency contraception pills.

The companies claim the mandate violates the religious beliefs of their owners. They say the morning-after pill is tantamount to abortion because it can prevent a fertilized egg from becoming implanted in a woman’s womb.

On Wednesday, Supreme Court Justice Sonia Sotomayor denied the companies’ request for an injunction while their lawsuit is pending, saying the stores failed to satisfy the demanding legal standard for blocking the requirement on an emergency basis. She said the companies may still challenge the regulations in the lower courts.