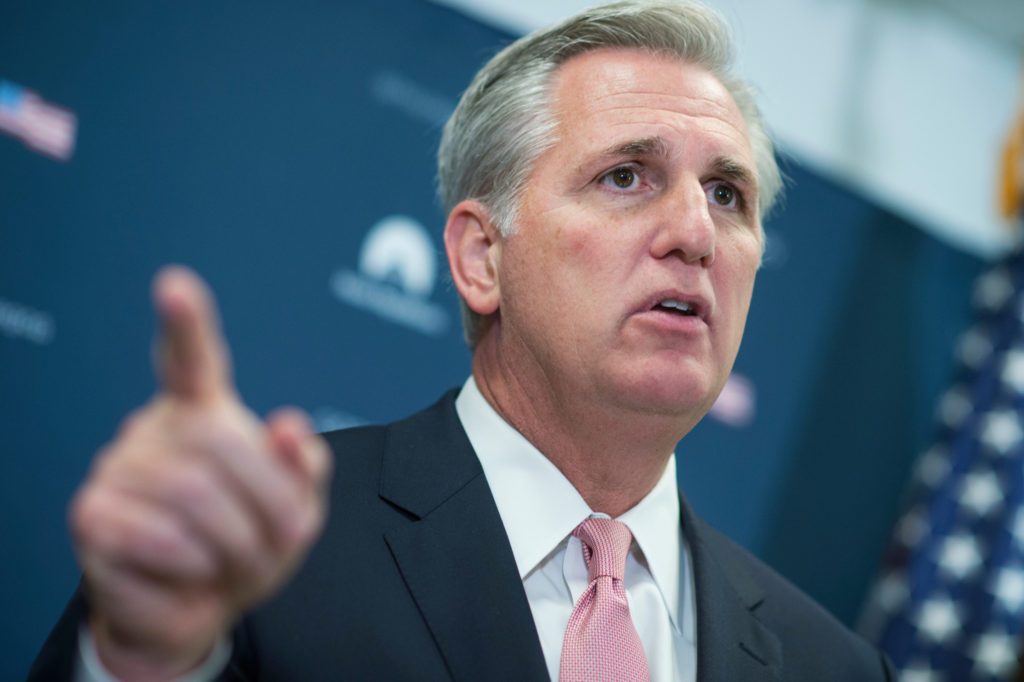 “Name one thing the Speaker has accomplished during this pandemic,” McCarthy told “Fox & Friends.”

McCarthy said that Pelosi has been obstructing President Trump’s measures to combat the coronavirus outbreak.

McCarthy went on to say, “When President Trump, January 31th, put in the ban in China, [on] February 24th she asked people to gather together in San Francisco. She actually fought the ban. When we wanted to put the CARES Act together, she came in and held it up. Now, we have a small business program working, she’s now held up the money.”

Democrats said any legislation to fund the SBA should also provide aid to hospitals and local governments.

The Senate is away from the Capitol through May 4, though it convenes twice each week for pro forma sessions that could be used to pass more coronavirus aid — though only if no senator objects.

Pelosi told “Fox News Sunday” that there has been progress on reaching a deal, and that small businesses will see relief in the near future.

McCarthy said that there are 700,000 small businesses that have sent in applications for relief “trying to keep their doors open.”

“Last week, we watched 5 million people [file for unemployment]. How many more millions of Pelosi’s layoffs will we have to endure before she’ll put people before politics,” McCarthy said.

“Even at this moment to get this agreement, we could’ve been done yesterday, but the Democrats continue to hold up even though we have agreed to all the numbers.