Knives are out! Axelrod disses Clinton: ‘Ready for Hillary … ready for what?’ 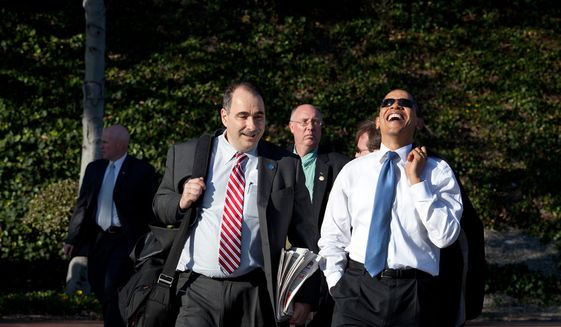 David Axelrod, former adviser to President Obama, took a quick pot shot at Hillary Clinton, saying that when he thinks of the “Ready for Hillary” mantra that’s been making waves on the White House fundraising trail, he thinks — ready for what exactly?

“What happened in 2008 was that Hillary’s candidacy got out in front of any rationale for it, and the danger is that that’s happening again,” he said, on “Morning Joe” on MSNBC. “You hear ‘Ready for Hillary’; it’s like, ready for what?”