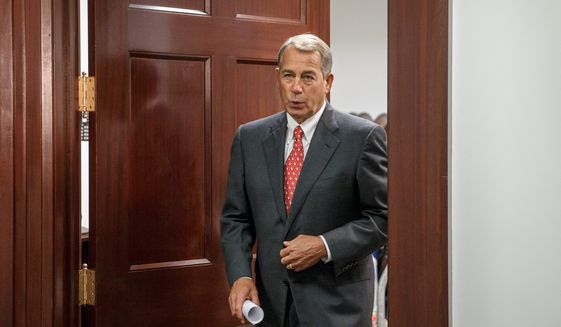 Congressional leaders were trying to hold the center in the run-up to Thursday’s government shutdown deadline, with Senate Democrats and House Republicans pleading for their troops to back a $1.1 trillion spending bill that had those on both extremes of the ideological spectrum fuming.

House Republican leaders touted dents to the Internal Revenue Service budget and Environmental Protection Agency staffing levels, language that stalls some of President Obama’s plans to battle climate change, and the chance to fight the White House’s deportation amnesty next year as reasons to get behind the massive 1,600-page bill.