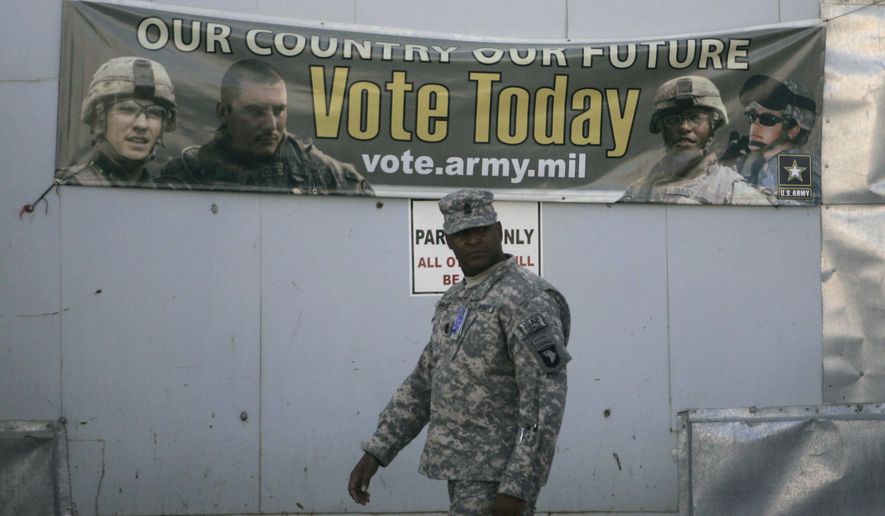 DENVER — After years of accusing states of “voter suppression,” the Center for American Progress wants to make it tougher for overseas military to vote in the name of election security.

The left-wing public-policy group issued Monday a report, “Election Security in All 50 States,” that called for stricter standards to prevent cyber-meddling in elections by foreign governments, including banning military stationed abroad from submitting ballots via email or fax.

One state that allows such vote-casting is Colorado. The center called on the state to “prohibit voters stationed or living overseas from returning voted ballots electronically.”

“Regardless of the state’s secure ballot return system for electronically voted ballots, we recommend that all voted ballots be returned by mail or delivered in person,” said the 245-page report.