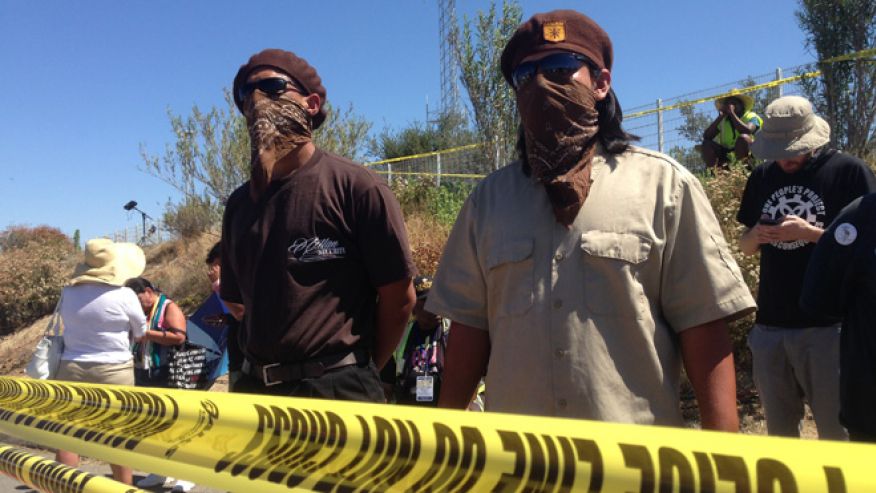 The small city about 60 miles north of San Diego has been in the national spotlight since last Tuesday when a group of protestors stopped three federal buses filled with mostly women and children from central America. The buses eventually turned around and left.

On Friday, six protestors were arrested but that hasn’t stopped even more from showing up again on Monday. Many say they’re worried about the immigrants being released in their community after they’re processed.