Marco Rubio clings to delegates — and hopes for Republican nomination 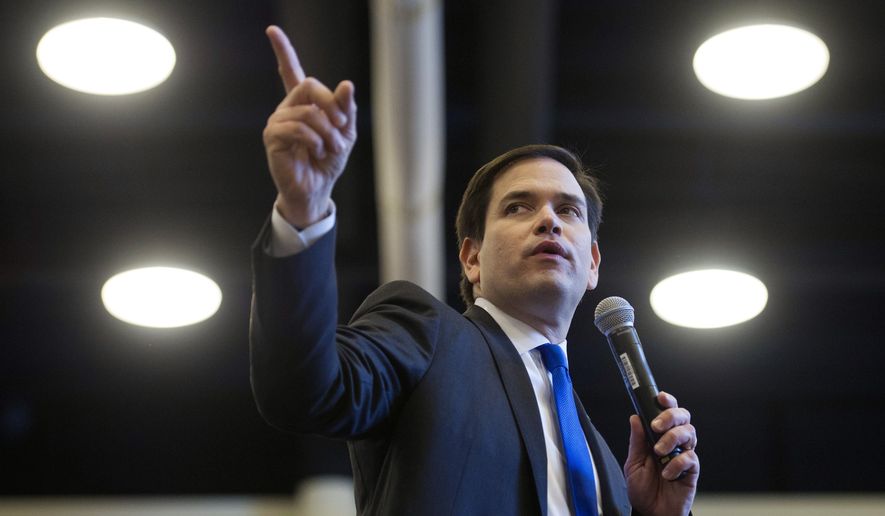 Sen. Marco Rubio has fought to take the delegates he won to the Republican National Convention in July, leaving him in a position to be a power broker or even, if everything falls into place, to make another run at the top of the party’s presidential ticket.

Under current rules, he doesn’t qualify to be considered for the presidential nomination — only Donald Trump has clearly met the threshold so far — but if the party starts looking beyond the billionaire businessman, Mr. Rubio could be in line.

“You can see absolutely how it could play out,” said Chris Bravacos, who led Mr. Rubio’s operation in Pennsylvania. “Whether that yields Gov. Kasich, or Marco Rubio, or someone who didn’t run, I think that is an open question.”

The senator from Florida and his aides aren’t saying what his goal is — many of them declined to comment or didn’t return messages left this week.