Marcus Luttrell: Sgt. Bowe Bergdahl is a ‘joker’ who cozied up to the Taliban 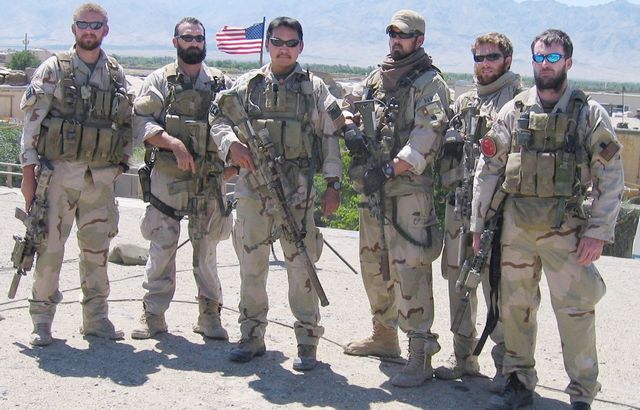 Former Navy SEAL Marcus Luttrell took time to answer questions about Sgt. Bowe Bergdahl while he was on Glenn Beck’s radio program. The lone survivor of Operation Redwing said that some of his friends weren’t happy that servicemen died trying to find the “joker” Bergdahl.

“From what I understand from his teammates and everybody who was around him, he kind of just decided to walk off and go sightseeing in Afghanistan,” said Mr. Luttrell, glennbeck.com reported. “A couple of guys got killed actually trying to get that joker out of there, and [my friends were] not happy. I mean they’re pretty upset with the whole fact that this went down the way it did.”

The former SEAL, who was hunted by the Taliban for five days, did not want to comment on some the actions of Sgt. Bergdahl’s parents due to the psychological toll he said his own capture took on his family, but he did find the details surrounding the capture and release of the Army sergeant peculiar.

“The part that kind of caught me off guard, too, was the fact that they held him. They normally don’t do that,” Mr. Luttrell said. “I mean the whole deal behind me was they wanted to cut my head off, and they were doing everything they could to try to get to me to kill me. … There weren’t any sweet good-byes when I got out of there. It was an all-out gunfight.”