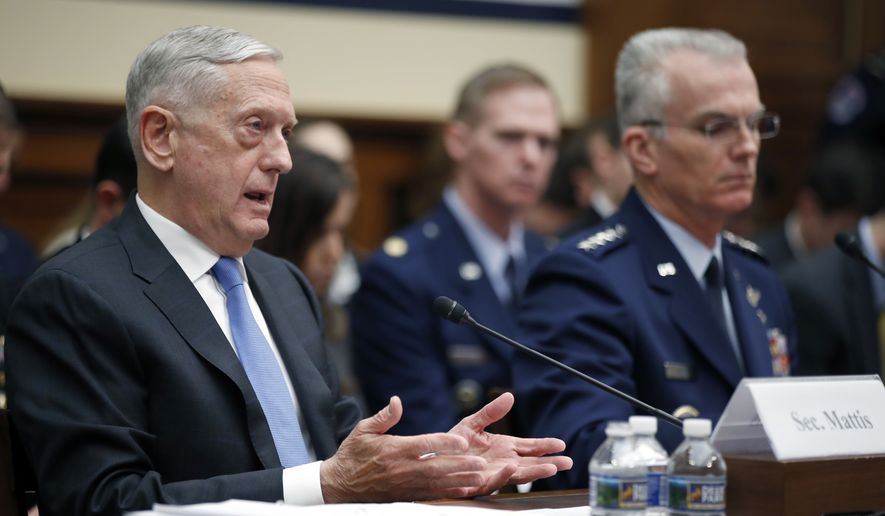 Defense Secretary James Mattis issued a stark warning to Congress on what would be at stake for U.S. defense and national security, should lawmakers fail to fully fund the Pentagon’s coffers for this fiscal year.

Testifying before the House Armed Services Committee on the department’s new Nuclear Posture Review, Mr. Mattis laid out the consequences of a military financed by temporary spending measures, as opposed to a permanent defense spending package.

“I know that in time of a major war, Congress will provide our military with what it needs,” Mr. Mattis told lawmakers Tuesday, according to written testimony provided to the House panel.

“But money at the time of crisis fails to deter war, and you know we would at that point have no time to prepare, as it takes months and years to produce the munitions, training, and readiness required to fight well,” he warned.