MAXINE WATERS: I’ve been sent by God to get Trump! 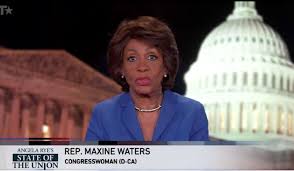 Move over Jake and Elwood, Maxine Waters is on a mission from God.

After acknowledging the children in the audience, the California Congresswoman ripped into President Trump during a Sunday appearance at First AME Church in Los Angeles.

Wanting to address what people are reading on the “social internet,” she said, “We never dreamed we’d have someone in the White House who was divisive, who could not tell the truth, and who was intent on not making America great again, but taking America down.”

She hammered Trump, telling the congregants, “I am in this fight.”