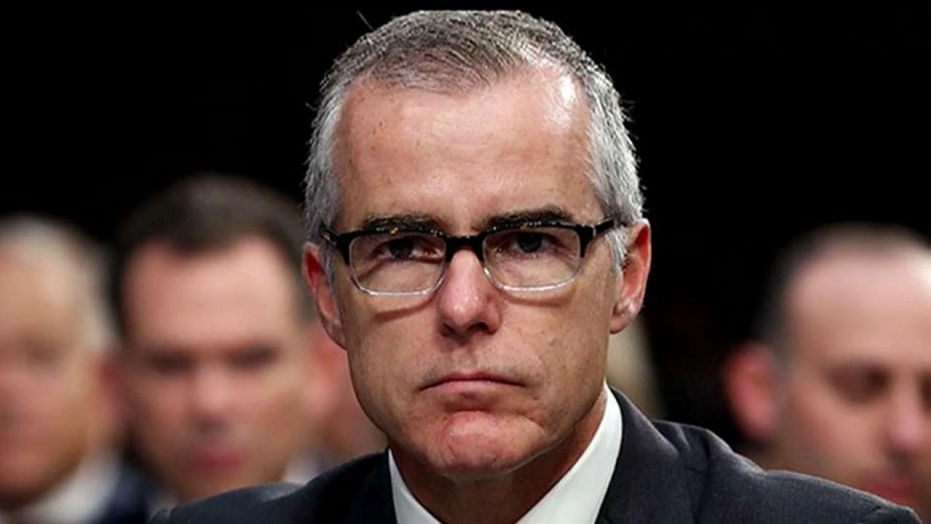 McCabe, speaking to CBS News’ “60 Minutes,” recounted a conversation soon after Comey’s firing about the ongoing Russia investigation in which he said Rosenstein told him: “I never get searched when I go into the White House. I could easily wear a recording device. They wouldn’t know it was there.”

“Now, he was not joking,” McCabe said of Rosenstein’s comments. “He was absolutely serious. And in fact, he brought it up in the next meeting we had.”

McCabe told “60 Minutes” that he “never actually considered taking [Rosenstein] up on the offer,” but said he did discuss the matter with the FBI’s then-general counsel, James A. Baker. Last fall, as reported by Fox News, Baker told lawmakers during a closed-door deposition that McCabe and FBI lawyer Lisa Page came to Baker “contemporaneously” and told him details of the meeting where Rosenstein made the comments. Baker told congressional investigators he took the word of McCabe and Page “seriously.”