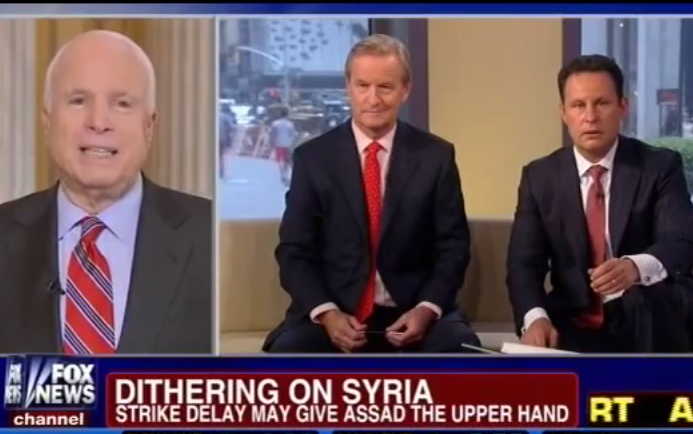 â€œI have a problem helping those people screaming that after a hit,â€ Kilmeade said. McCain responded: â€œWould you have a problem with an American or Christians saying â€˜thank God? Thank God?â€™â€ He added, â€œThatâ€™s what theyâ€™re saying. Come on! Of course theyâ€™re Muslims, but theyâ€™re moderates and I guarantee you they are moderates.â€ McCain provided no evidence to suggest that Syrian opposition groups are moderate, as opposed to the wide swath of evidence suggesting that the opposition is heavily infested with al Qaeda.

734 Comments - what are your thoughts?