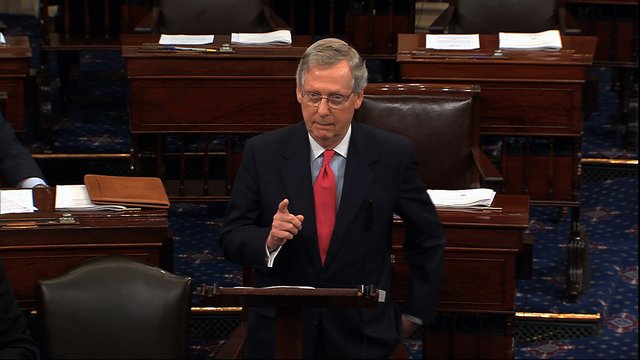 Senate Majority Leader Mitch McConnell, in a scorching floor speech on Tuesday, accused Democrats of rooting for a “national crisis” for political gain as he appealed to lawmakers to move on from the Russia controversy now that Special Counsel Robert Mueller’s report is complete.

Coming as Democrats clash with Attorney General Bill Barr over his handling of the report while using the findings to fuel their own investigations, McConnell suggested the political debate has shifted from the real problem of Russian interference in the 2016 election.

“Many Americans were waiting to see how their elected officials would respond,” McConnell said. “With an exhaustive investigation complete, would the country finally unify to confront the real challenges before us? Would we finally be able to move on from partisan paralysis and breathless conspiracy theorizing? Or would we remain consumed by unhinged partisanship, and keep dividing ourselves to the point that Putin and his agents need only stand on the sidelines and watch as their job is done for them?”