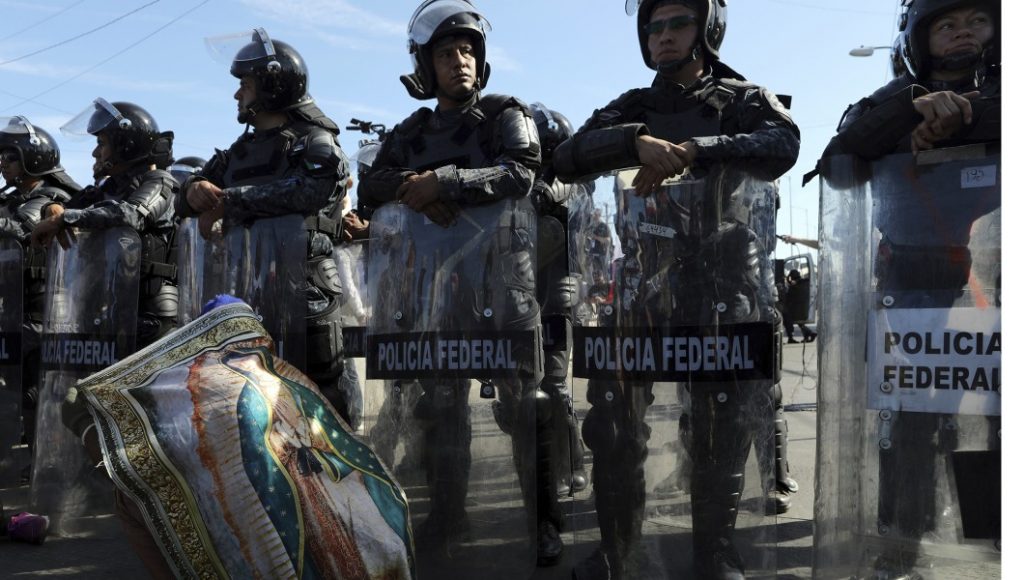 Hundreds of militarized Mexican police officers were standing guard Tuesday at the border between Piedras Negras, Coahuila, and Eagle Pass, Texas, to prevent nearly 2,000 Central American migrants from illegally crossing into the U.S.

Buses dropped off the migrants in Piedras Negras, a city of around 250,000 residents, late Monday. By Tuesday morning, federal police in full military gear were lined up in two long parallel rows outside of the facility to keep them from leaving the country, according to tweets from Mexican officials.

The Rio Grande separates both countries in that area, and due to the landscape, portions of the border do not have a physical barrier, making it easier for people to try to enter the U.S.