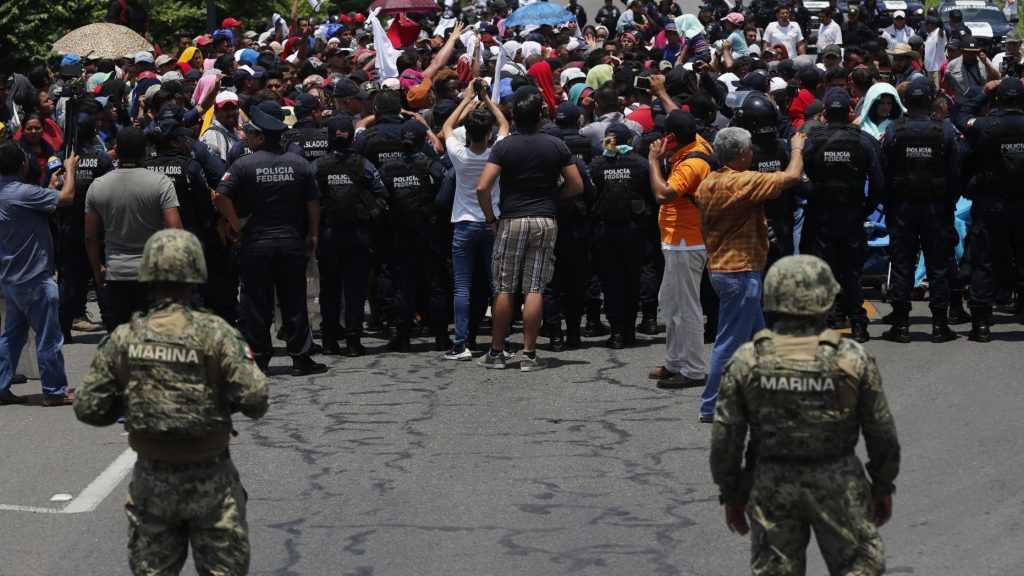 With just days to go until the Trump administration is set to impose punishing tariffs on Mexico unless the country halts the unprecedented flow of illegal immigrants across the southern border, numerous signs that Mexico would capitulate emerged Thursday — but it remained unclear Friday morning whether their efforts would satisfy the White House.

Reports in the evening indicated that Mexico’s negotiators with Washington have offered to immediately deploy 6,000 National Guard troops to the border with Guatemala. Additionally, Mexico has reportedly agreed to a major overhaul of reasonable asylum protocols, which would require asylum applicants to seek permanent refuge in the first country they arrive in after fleeing their home countries.

For virtually all Central American migrants, that country would not be the United States. The Trump administration has already begun requiring asylum applicants to wait in Mexico while their claims are processed, saying too many applicants were using the system fraudulently to escape into the country. Last month, the Ninth Circuit Court of Appeals denied a request to stop that practice temporarily.

However, two administration officials tell Fox News that while talks have been going well with Mexico, and that Mexico is making some fresh proposals, there is not yet a deal that U.S. officials are sure to imminently accept.