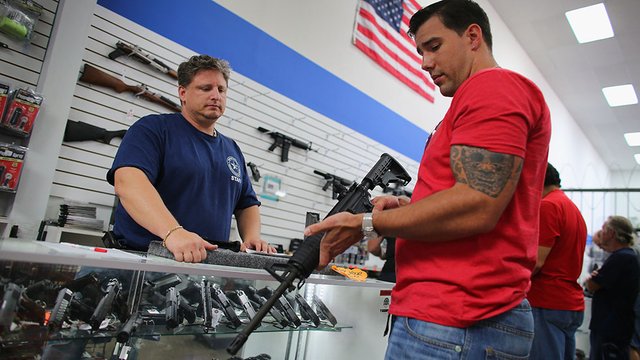 The House passed a bipartisan bill that would require all gun sellers to conduct background checks on firearm sales in a 240-190 vote on Wednesday.

While the bill — spearheaded by Reps. Mike Thompson (D-Calif.) and Pete King (R-N.Y.) — had five Republican co-sponsors, it passed largely along party lines, with just eight GOP lawmakers voting in favor of the measure. Two Democrats opted to vote against it.

The bill was amended at the eleventh hour after Democrats failed to whip enough votes against a Republican-backed motion to recommit that would require U.S. Immigration and Customs Enforcement (ICE) to be notified when illegal immigrants attempt to purchase a firearm.

The legislation aims to expand requirements for background checks on private sales including those made at gun shows, on the internet or through classified ads.