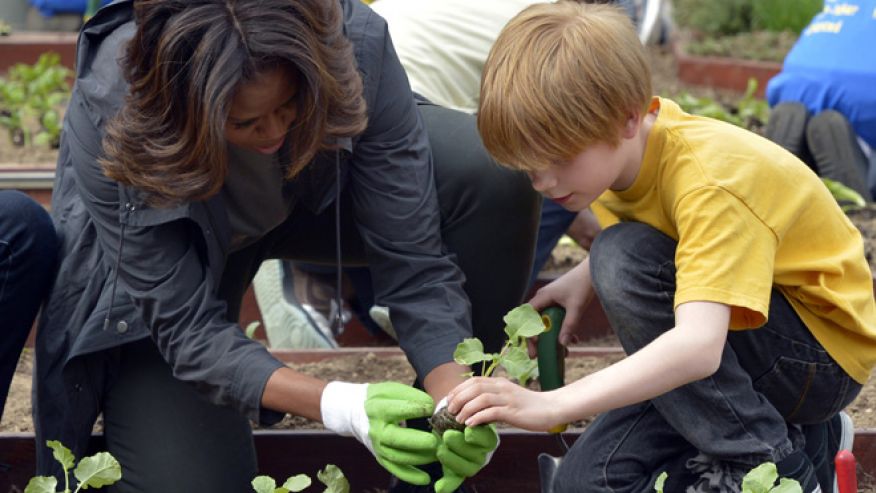 WASHINGTON – First ladies typically avoid getting into public scraps, but Michelle Obama has jumped into perhaps her biggest battle yet.

She’s fighting a House Republican effort to soften a central part of her prized anti-childhood obesity campaign and she says she’s ready “to fight until the bitter end.”

Mrs. Obama even mocked the GOP effort in an opinion column and argued her case before her Twitter followers.

“Remember a few years ago when Congress declared that the sauce on a slice of pizza should count as a vegetable in school lunches?” she wrote in The New York Times. “You don’t have to be a nutritionist to know that this doesn’t make much sense. Yet we’re seeing the same thing happening again with these new efforts to lower nutrition standards in our schools.”

Mrs. Obama lobbied largely behind the scenes four years ago for the Healthy Hunger-Free Kids Act of 2010, which requires more fruit, vegetables and whole grains in school meals, along with less sodium, sugar and fat. It was a major achievement, the first update to school lunch rules in decades designed to make school meals more nutritious.