Mitt Romney says Trump is not a role model; president departs ‘from the truth’ 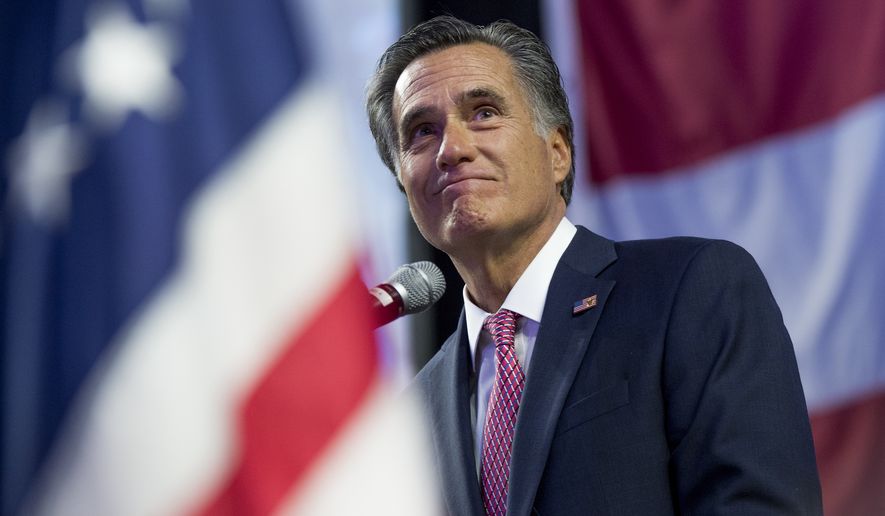 Mitt Romney said Tuesday that President Trump is not the role model he would want for his grandchildren.

“I don’t think I would point to the president as a role model for my grandkids on the basis of his personal style. He has departed in some cases from the truth, and has attacked in a way that I think is not entirely appropriate,” Mr. Romney said to NBC News.

The former Republican presidential candidate is running for the Republican Senate nomination in Utah. The seat will be vacated by longtime Sen. Orrin Hatch.

Mr. Romney said there are policy points he and Mr. Trump agree on such as tax policy and regulatory policy, but said he would have liked to see more effort on the Trans-Pacific Partnership. He said some of the policies are “a good deal better” than he expected.