Mueller deputy praised DOJ official after she defied Trump travel ban order: ‘I am so proud’ 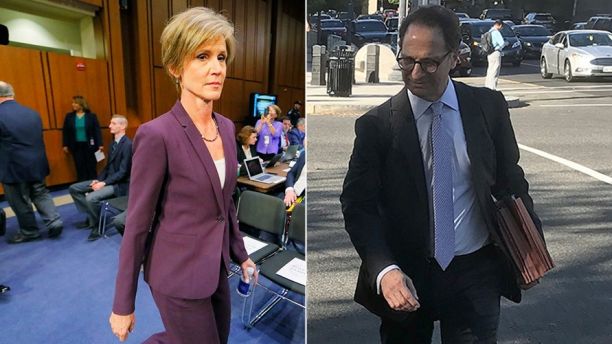 A top prosecutor who is now a deputy for Special Counsel Robert Mueller’s Russia probe praised outgoing acting Attorney General Sally Yates after she was fired in January by President Trump for refusing to defend his controversial travel ban.

The email, obtained by Judicial Watch through a federal lawsuit, shows that on the night of Jan. 30, Andrew Weissmann wrote to Yates under the subject line, “I am so proud.”

He continued, “And in awe. Thank you so much. All my deepest respects.”

The disclosure follows confirmation that another Mueller investigator, FBI official Peter Strzok, was fired over the summer after allegedly sending anti-Trump texts to an FBI lawyer with whom he was romantically involved.