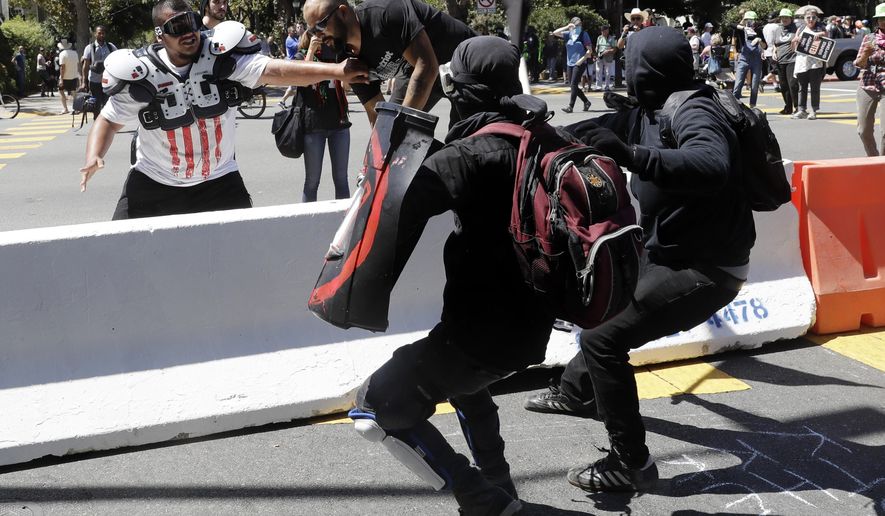 It took a while, but Democrats may finally have had enough of the antifa.

In a Tuesday statement, House Minority Leader Nancy Pelosi called out by name the antifa, or “anti-fascists,” for the first time since Sunday’s leftist violence in Berkeley.

“Our democracy has no room for inciting violence or endangering the public, no matter the ideology of those who commit such acts,” the California Democrat said in a statement. “The violent actions of people calling themselves antifa in Berkeley this weekend deserve unequivocal condemnation, and the perpetrators should be arrested and prosecuted.”

More than 100 antifa members, many wearing black clothing and masks, jumped police barriers Sunday at a Berkeley protest, chasing down and attacking a small number of Trump supporters, resulting in six injuries and 13 arrests.