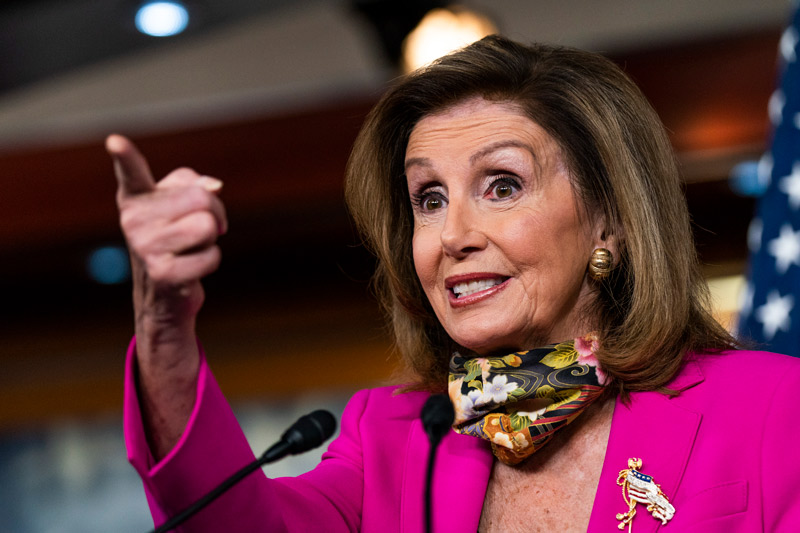 House Speaker Nancy Pelosi, D-Calif., is refusing to denounce socialism as the left-wing ideology continues to drive a wedge within the Democratic Party — and as she works to lock down enough support for another term as speaker.

Fox News had requested comment several times — including multiple phone calls to Pelosi’s office — with inquiries about whether she opposed the ideology and whether she would allow any self-described socialists elected in the Democratic caucus to hold leadership positions in the House of Representatives.

During a press conference on Friday, Pelosi acknowledged that there was a “difference of opinion” among members of her caucus as a rift between moderates and progressives appears to have expanded following the 2020 election.

Back in 2019, Pelosi insisted during a “60 Minutes” interview that socialism was “not the view” of her party.

However, self-described Democratic Socialists have become some of the most high-profile members of the Democratic Party. Sen. Bernie Sanders, I-Vt., who earned the second-most delegates in both the 2016 and 2020 Democratic primaries, thanked socialist groups “for their extraordinary efforts in helping to make Biden’s victory possible.

The subject of socialism is apparently becoming a growing concern among Democrats behind closed doors. A leaked recording from a Democratic caucus call showed Rep. Abigail Spanberger, D-Va., suggesting that socialism, in addition to “defund the police” rhetoric, were to blame for several congressional defeats as their GOP opponents used the ideology as a bludgeon.

“We want to talk about funding social services, and ensuring good engagement in community policing, let’s talk about what we are for. And we need to not ever use the words ‘socialist’ or ‘socialism’ ever again,” Spanberger is heard saying in the recording obtained by The Washington Post. “Because while people think it doesn’t matter, it does matter. And we lost good members because of it.”

Rep. Alexandria Ocasio-Cortez, D-N.Y., one of the most prominent Democrats in Congress who identifies as a Democratic Socialist, appeared to swipe Spanberger’s remarks on Twitter.

“So the whole ‘progressivism is bad’ argument just doesn’t have any compelling evidence that I’ve seen,” Ocasio-Cortez wrote. “When it comes to ‘Defund’ & ‘Socialism’ attacks, people need to realize these are racial resentment attacks. You’re not gonna make that go away. You can make it less effective.”

President Trump repeatedly attacked Joe Biden as being a “Trojan horse” for the socialist agenda, repeatedly citing the Democratic nominee’s “unity task force” with Sanders, which he repeatedly referred to on the campaign trail as a “manifesto.”

Trump’s “socialist” attacks against Biden were widely credited for the inroads he made with Latino voters in Florida, particularly among the Cuban and Venezuelan communities.

During a recent “60 Minutes” interview just days before the election, Biden’s running mate Kamala Harris was asked if she would push a “socialist or progressive perspective” as vice president in a Biden administration.

“No,” Harris chuckled in response.