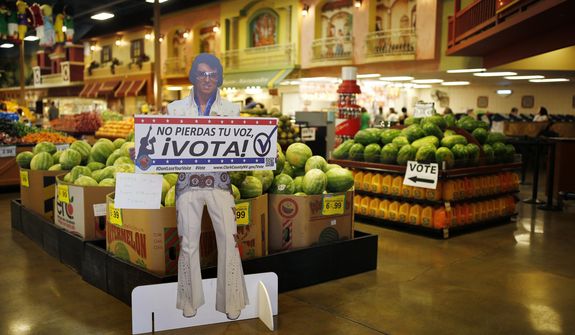 A large number of non-citizen Hispanics, as many as 2 million, were illegally registered to vote in the U.S., according to a nationwide poll.

The National Hispanic Survey provides additional evidence for use by anti-voter fraud conservatives and bolsters an analysis by professors at Old Dominion University who say non-citizens registered and voted in potentially large numbers.

President Trump has announced he will appoint a task force on voter fraud headed by Vice President Mike Pence. He says he wants the investigation to focus on inaccurate voter registration rolls, which are maintained by the states and the District of Columbia.

“It is a fact and you will not deny it, that there are massive numbers of non-citizens in this country who are registered to vote,” White House adviser Stephen Miller told ABC News. “That is a scandal. We should stop the presses.”

The little-noticed Hispanic survey was conducted in June 2013 by McLaughlin and Associates to gauge the opinions of U.S. resident Latinos on a wide range of issues.