New Black Panther Head: Like Founding Fathers, We Are Willing to Kill for Black Nation 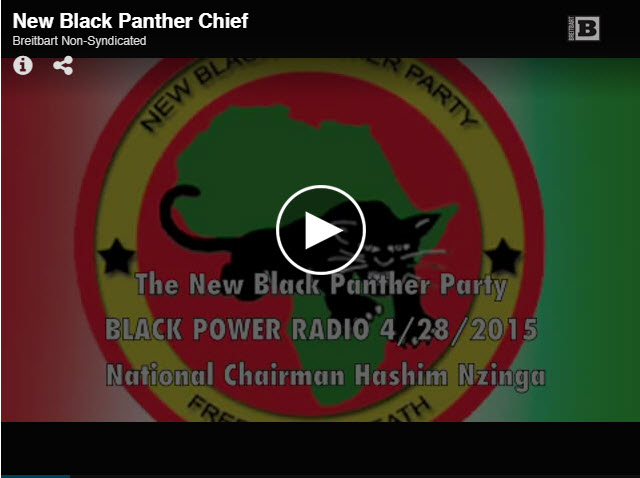 This Week on the New Black Panther Party’s “Black Power Radio,” national chairman Hashim Nzinga said since America has “declared war on us,” evidenced by “military police in the black neighborhood” protecting the rich, the New Black Panthers should be looked upon as Founding Fathers who declare war and are “willing to die or kill to save our babies and to save a black nation that is dying before our eyes.”

Nzinga said, “America is about protecting the rich and the powerful.”

He added, “We pay taxes. They have declared war on us and it’s nothing but state racism.”

“This is not the hate hour, this is the love hour,”he added. “We have to love ourselves enough to be willing to die or kill to save our babies and to save a black nation that is dying before our eyes.”