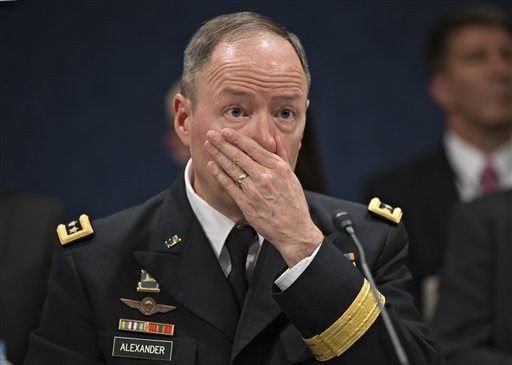 The National Security Agency can use its vast online data-gathering and surveillance system called Prism to monitor U.S. citizens without a warrant if their communications are â€œreasonably believed to contain foreign intelligence information or evidence of a crime,â€ according to new leaked documents.

Officials have said the program is used only to target those â€œreasonably believedâ€ to be foreigners overseas, but the two documents The Guardian published Thursday reveal that NSA analysts can look at communications â€œfrom to or aboutâ€ U.S. persons that are â€œinadvertentlyâ€ collected during surveillance on foreign targets.

The two documents, dated in 2009 and signed by Attorney General Eric Holder, are submissions to the special secret court that authorizes electronic communications monitoring under the Foreign Intelligence Surveillance Act, or FISA.

The first document outlines procedures for deciding whether to target a suspect for surveillance under FISA section 702; the second for handling communications â€œfrom to or aboutâ€ U.S. persons â€” procedures known as â€œminimization.â€

The documents show that even though 702 authorities are supposedly for the collection of foreign intelligence from foreign targets, the communications of U.S. citizens, corporations and legal foreign residents â€” collectively known as â€œU.S. personsâ€ â€” can still be collected, retained and used.