No Play, No Pay: Clinton Global Initiative Shutting Down 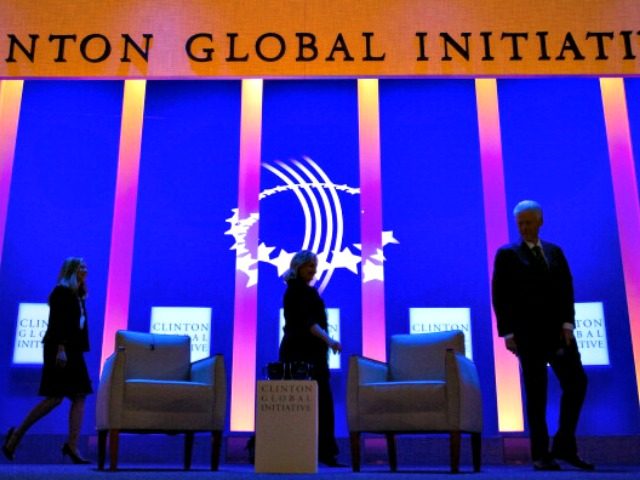 The Clinton Foundation has announced that it’s laying off 22 staffers due to the discontinuation of the Clinton Global Initiative, the Daily Caller reported.

The layoffs will take place April 15 as part of a plan to offset criticism of the alleged pay-for-play schemes during Clinton’s tenure as Secretary of State, according to a Worker Adjustment and Retraining Notification Act notice the Clinton Foundation filed with the New York Department of Labor Thursday.

The layoffs were announced internally back in September leading up to the general election, Politico reported.

Employees had already started to look for or accept other positions at the time when the future of the organization was in doubt. It is not immediately clear how much of the staff will remain at the Clinton Foundation working in some other capacity.

Peter Schweizer, Breitbart News’ editor at large and author of the book Clinton Cash, predicted the foundation would implode before the organization announced its layoffs.

266 Comments - what are your thoughts?