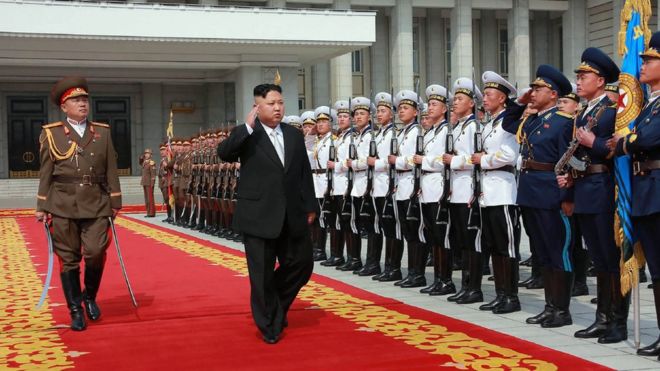 North Korea will continue to test missiles, a senior official has told the BBC in Pyongyang, despite international condemnation and growing military tensions with the US.

He said that an “all-out war” would result if the US took military action.

Earlier, US Vice-President Mike Pence warned North Korea not to test the US.

He said his country’s “era of strategic patience” with North Korea was over.