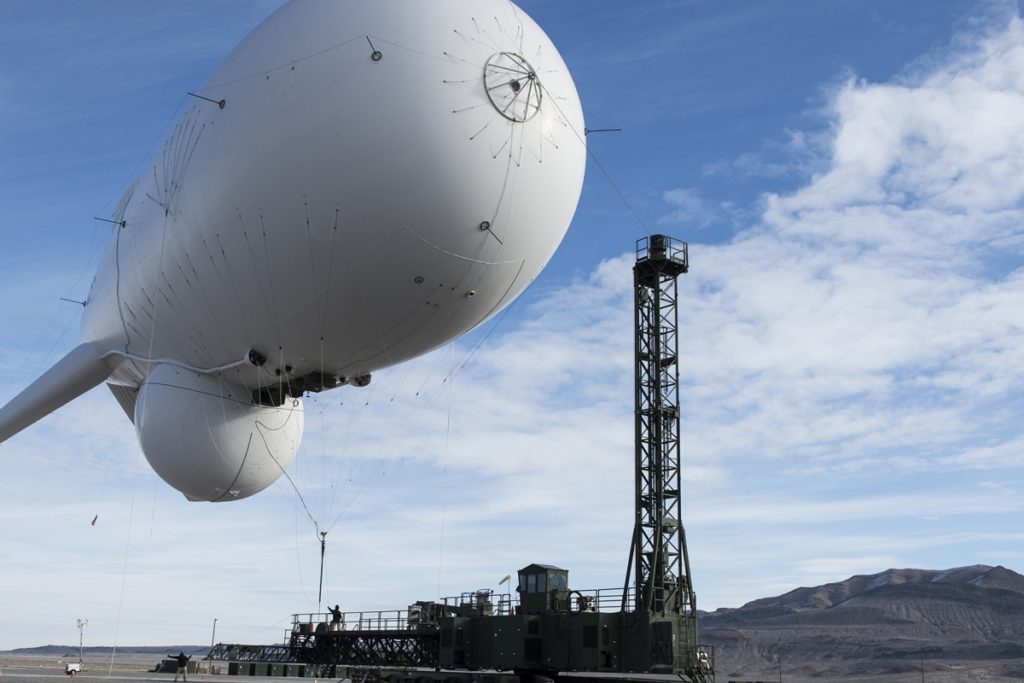 TO RESIDENTS OF MARYLAND, catching an occasional glimpse of a huge white blimp floating in the sky is not unusual. For more than a decade, the military has used the state as a proving ground for new airships destined for Afghanistan or Iraq. But less known is that the test flights have sometimes served a more secretive purpose involving National Security Agency surveillance.

Back in 2004, a division of the NSA called the National Tactical Integration Office fitted a 62-foot diameter airship called the Hover Hammer with an eavesdropping device, according to a classified document published Monday by The Intercept. The agency launched the three-engine airship at an airfield near Solomons Island, Maryland. And from there, the blimp was able to vacuum up “international shipping data emanating from the Long Island, New York area,” the document says. The spy equipment on the airship was called Digital Receiver Technology — a proprietary system manufactured by a Maryland-based company of the same name — which can intercept wireless communications, including cellphone calls.

With the exception of a few military websites that refer to the Hover Hammer as an “antenna mounting platform,” there is little information in the public domain about it. The classified NSA document describes the airship as a “helium-filled sphere inside another sphere, constructed of Spectra, the same material used to make bullet-proof vests. … It ‘hovers’ above small arms fire, has a negligible [infrared] signature, and radar can’t detect it.” The agency added in the document that it planned to conduct more tests with the Hover Hammer, and said it wanted to develop a larger version of the blimp that would be capable of flying at altitudes of 68,000 feet for up to six months at a time. “More experiments, including the use of onboard imagery sensors, are being conducted,” it said.