by Spencer Ackerman, The Guardian
December 16, 2013 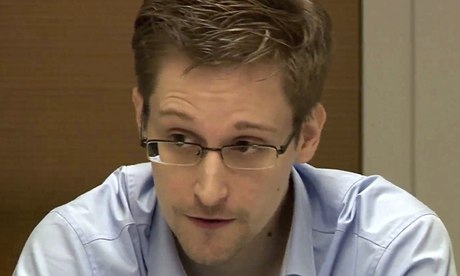 National Security Agency officials are considering a controversial amnesty that would return Edward Snowden to the United States, in exchange for the extensive document trove the whistleblower took from the agency.

An amnesty, which does not have the support of the State Department, would represent a surprising denouement to an international drama that has lasted half a year. It is particularly unexpected from a surveillance agency that has spent months insisting that Snowden’s disclosures have caused vast damage to US national security.

The NSA official in charge of assessing the alleged damage caused by Snowden’s leaks, Richard Ledgett, told CBS News an amnesty still remains controversial within the agency, which has spent the past six months defending itself against a global outcry and legislative and executive proposals to restrain its broad surveillance activities.

“My personal view is, yes, it’s worth having a conversation about,” Ledgett, who is under consideration to become the agency’s top civilian, said in an interview slated to air Sunday evening on 60 Minutes. “I would need assurances that the remainder of the data could be secured, and my bar for those assurances would be very high. It would be more than just an assertion on his part.”