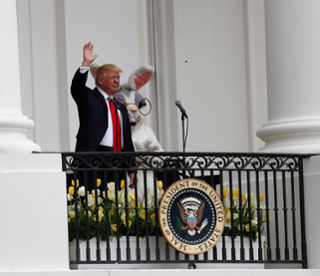 Anxiety over nuclear weapons is rising as President Trump deals with growing volatility on the Korean peninsula.

Trump’s past statements in support of a buildup of nuclear weapons, combined with North Korea’s increasingly bellicose rhetoric, have stoked fears about how the situation will unfold.

“I think there’s a cycle of concern and anxiety that comes when North Korea is conducting tests,” said Alexandra Bell, senior policy director at the Center for Arms Control and Non-Proliferation. “But I do think there’s a little more concern now because this administration has a different approach to dealing with and talking about North Korea.”

The president’s unpredictability has sharpened the public’s attention on the standoff, with fears of a nuclear crisis made evident by nervous posts to social media and gallows humor on “Saturday Night Live.”