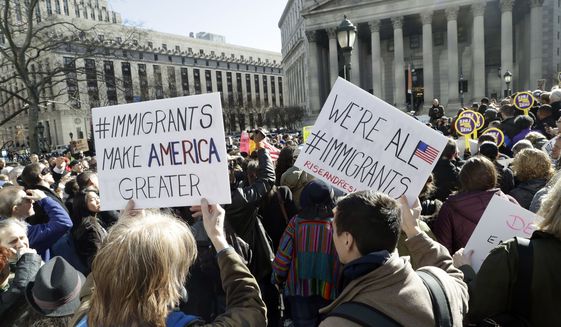 Nearly 500 jurisdictions are now sanctuary cities, according to a group that’s tracked the issue for more than a decade, and who said there’s been a massive surge in the number of places trying to thwart federal immigration agents since President Trump’s election.

The Ohio Jobs & Justice Political Action Committee has added more than three dozen new cities and counties to its list in 2017 alone, as jurisdictions rush to try to shield illegal immigrants from what they expect to be a new push for deportations under Mr. Trump.

“More will be coming,” said Steve Salvi, founder of OJJ. “A lot of communities now, there’s resolutions in the works and citizens groups encouraging city councils to pass them.”

Perhaps just as surprising, though, are the four cities OJJ has removed from its list or is poised to remove, once it gets final confirmation of cooperation with Homeland Security officials. Two of those are in Alaska, while the other two are Dayton, Ohio, and Miami, Florida.