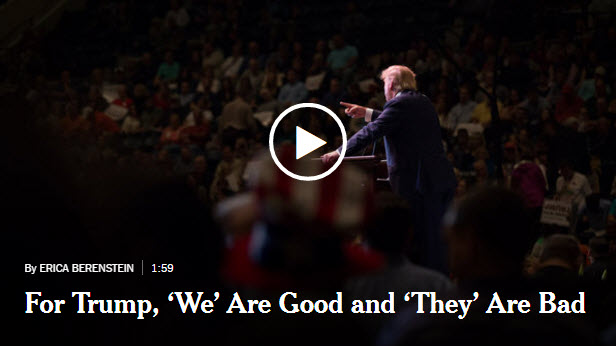 On Thursday evening, his message was equally ominous, as he suggested a link between the shootings in San Bernardino, Calif., and President Obama’s failure to say “radical Islamic terrorism.”

“There is something going on with him that we don’t know about,” Mr. Trump said of the president, drawing applause from the crowd in Washington.