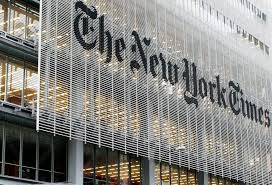 The New York Times said it vetted her social-media history before Sarah Jeong was hired last week, which means the newspaper was presumably aware of her “Trump is Hitler” tweets.

In addition to firing off anti-white and anti-cop missives, Ms. Jeong, the latest member of the newspaper’s editorial board, repeatedly equated Donald Trump to Adolph Hitler on Twitter leading up to the 2016 presidential election.

Her account included declarations such as “Trump is Hitler,” “Trump = Hitler,” and “trump is basically hitler,” as well as “Was Hitler as rapey as Donald Trump?”

Ms. Jeong, whose age is listed online at about 30, also pushed back on those challenging the comparison as recently as last year.