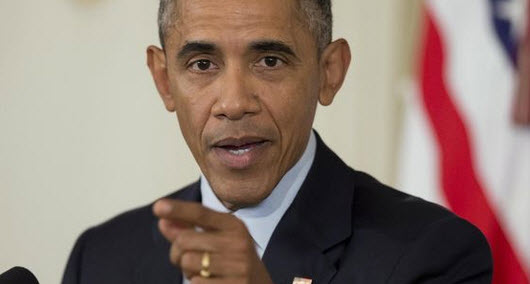 President Obama on Sunday night acknowledged that the U.S. is “at war with terrorism” following a series of deadly terror attacks on American soil and around the world, and sought to assure Americans that the growing global terror threat will be defeated.

“This was an act of terrorism designed to kill innocent people,” Obama said of the San Bernardino shooting in his first Oval Office address since 2010. “I am confident we will succeed in this mission because we are on the right side of history.”